The Humanitarian Association AKAMASOA has been created in 1989 in order to help poor people of Antananarivo who lived in the garbage dump of Andralanitra and in the streetsof the capital. The association aims to move people out of these inhuman places to live a life with dignity. Since the beginning we are convinced that dignity is strongly linked to 3 things: a roof, a work and education. It was unthinkable that these persons still livingin an indecent place without access to healthcare.

We started our work with poor people; we were not able to give the material that they needed; we wanted to move them out of this hell because we were convinced that no human 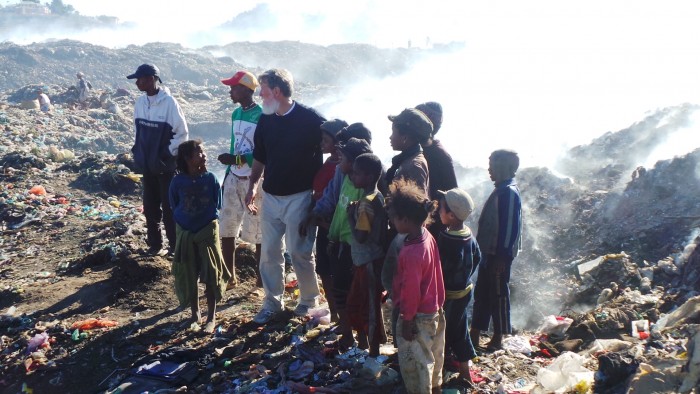 deserves to live in such conditions. We had the belief and faith in a possible better future for this abandoned population. We were also convinced that a sustainable help could not be brought only from outside of the country, and the most important was to change the old habits: we wanted to help but not to assist. It is for these reasons we have always worked with poor people helping them to build structures – schools, work places, dispensaries – which with they could rebuilt their lives and prepared the future of their children.

We chose to work with these persons who lived in misery. We needed to find a job and leave the garbage dump. We though that work and countryside could cure and free then from the hopelessness, begging, delinquency and crime circle: with some families who wanted to move out, we went to the countryside, 60 km north of Antananarivo, to work the land and build solidary communities. We needed to go far away from the capital, deceptive promises of the city and of the garbage hell. Find life again.

Together we have built houses in which they are living. First hood made houses and then brick houses and also schools.Quickly, we organized the first village. 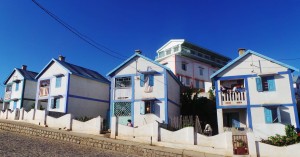 Today, after 26 years of fight, our association AKAMASOA has helped 500 000 Malagasies. 3000 houses have been built and 25000 persons are living in. Each village has schools, dispensary, and work places: quarry, brick laying, carpentry, agriculture, art and craft. 13 000 children are enrolled in school. And in 2004, our association has been recognized Public Utility by the State, what highlights the need of our presence and action within the social work of the Island.

We are proud of our achievements but we also know that is not enough. It is a day-to-day fight: concerning problems of each village or poor people who still asking for the AKAMASOA assistance. In 2015, our reception center counted 43 000 persons who needed a punctual emergency aid: meals, clothes, blankets and soap. 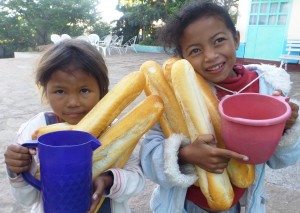 Indeed for a quarter of century we have not seen an improvement of life conditions of the Malagasy population. On the contrary today 9 Malagasies out 10 are living withless than $1, 5 per day: below the poverty line defined by the World Bank. Our fight is more than necessary: we continue, led by past achievements, outraged by the increasing poverty, convinced that we can make it decrease only if we set sustainable and solid structures up:

In the following chapters you will find a presentation of the different structures: their goals and way of work. Then, you can consult “Annual Activities Report” to find figures about structures’ activities (houses built in one year, welcomed persons, cured persons…)